There are water impermeable concrete structures in many sectors of the construction trade whose construction joints and expansion joints need to be sealed professionally. These joints can be sealed in different ways. In new buildings, WEBAC injection tubes and swelling sealants are systematically installed in construction joints. WEBAC TPE sealing tapes are used as exterior sealants in strip form. WEBAC EP resins are used for the elastic filling of floor joints and other structural joints. WEBAC hydro structure gel is suitable for the post-construction injection of vertical and horizontal expansion joints.

When repairing expansion joints and movement joints it is important that the material used as joint sealant is able to absorb the movements of the joints without being damaged. At the same time, the joints must be reliably sealed.

Our products for joint filling and joint sealing

WEBAC Hydro Structure Gel
The hydro structure gel WEBAC® 5510 has a very high adhesive strength also on wet substrates and is used for the post-construction sealing of joints in permanent contact with water. 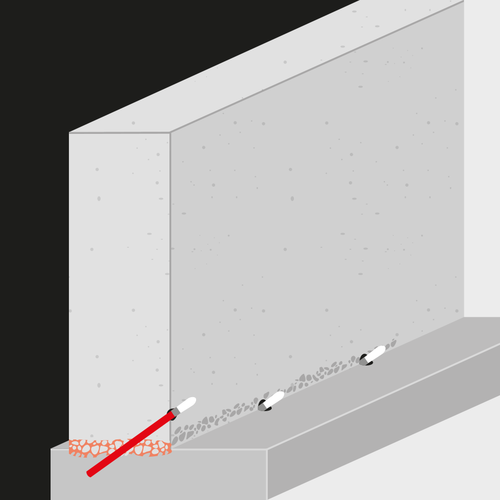